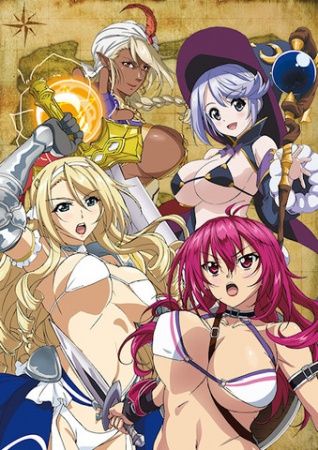 When darkness threatens the world, four heroes hold the only hope for salvation—if they can even manage to get out of the first town, that is. Bikini Warriors follows a party of beautiful adventurers in revealing armor: courageous Fighter, airheaded Paladin, timid Mage, and alluring Darkelf. But can you really be an adventurer if you don't get going on an adventure? Our heroes are eternally broke, insufferably vain, and frequently outmatched by the dangers of their world. Between fleeing dungeons and robbing peasants, the unlikely heroes will have to learn to live with each other before they can survive a battle with ultimate evil!