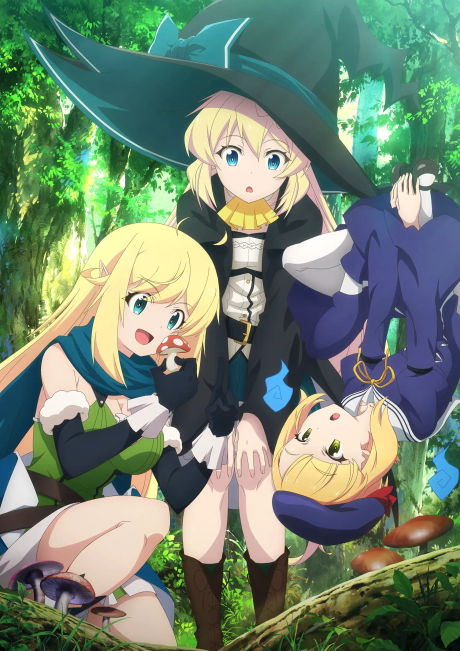 Other name: I've Been Killing Slimes for 300 Years and Maxed Out My Level, Slime 300; スライム倒して300年、知らないうちにレベルMAXになってました

Suddenly dying from overwork, salarywoman Azusa Aizawa finds herself before an angel, who allows her to reincarnate into a new world as an immortal witch, where she spends her days killing slimes for money on an otherwise eternal vacation. But even the minimal experience points from slimes will add up after hundreds of years, and Azusa discovers that she accidentally reached the maximum level! Fearing that her strong abilities will attract work and force her back to a life of overexertion, she decides to hide her strength in order to preserve her peaceful lifestyle. Despite her efforts, tales of the max level "Witch of the Plateau" spread across the land, and a proud dragon named Raika shows up looking to test their strength against her. Even though Azusa defeats and befriends Raika, problems arise as both friends and foes come looking for the secluded witch.